Security Cameras Are An Impactful Method Of Theft Deterrent 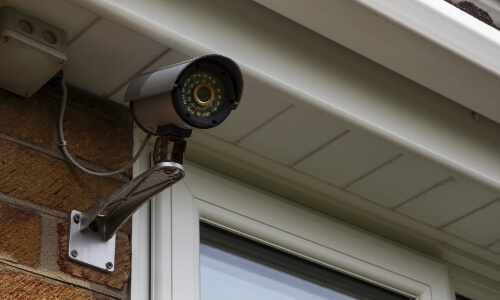 Security Cameras Are An Impactful Method Of Theft Deterrent

The prime function of security cameras, and the inspiration behind many investing in these camera systems is to capture evidence should a crime occur on their property. However, security cameras have another hidden benefit and one that many don’t realize the gravity of until they see it for themselves. Security cameras work as an effective deterrent against crime, and the open presence of a security camera may stop crime from happening in the first place.

The best way to see this benefit is with a likely, but fictional, scenario. A thief is looking to make money stealing from your home or business, and the thief walks up to the building hopeful that property has something inside that will provide them a profit. Suddenly, they see the surveillance camera on the building, and they know that whatever actions they carry out will be caught on tape. With the knowledge of leaving evidence behind, they leave the property and decide their actions aren’t worth the risk.

While a fictional scenario does get the point across as to how security cameras can work as crime deterrents, real-world examples may be more impactful. Georgia resident Camille reported to WSBTV news how her home surveillance camera effectively deterred a criminal who had entered into her home while she was not there. At 5:30 AM, she received an alert from her remote access system to her smartphone stating that motion was detected on the camera footage. She opened the app, and the first thing she noticed was an uninvited man in her home.

Through her security camera microphone, Camille was able to alert to the burglar that she had him on video, and that he had better exit the residence because police were on their way. The burglar fled, and Camille found that her home and all held within it were left in good shape. While the security camera did not stop the burglar from entering the home, it did stop the burglar from stealing or destroying property, and she was able to capture his image as evidence in her footage. This security camera was placed inside of the home, and those placed outside of the home may even deter criminals from attempting to get inside at all.

The Statistics Of Surveillance And Crime Deterrence

There is more backing up the efficacy of surveillance deterring crime than just stories. According to a University of North Carolina at Charlotte’s Department of Criminal Justice report, around 60% of convicted burglars admit that security systems, including alarm systems and surveillance cameras, will affect the types of homes or business they are like to target. Pairing a security camera with an alarm makes the deterrence factor even more apparent, and layered security is something one may wish to seriously consider for maximum deterrence. With surveillance on your side, you amply arm yourself against burglary, theft, vandalism, and anyone looking to cause mischief within your San Francisco, CA community.