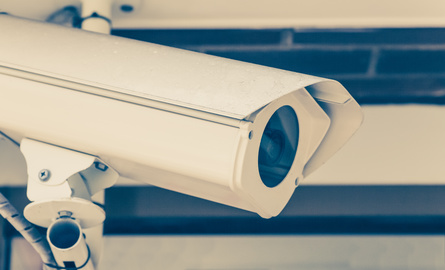 There is no doubt that security cameras can be useful tools when it comes to preventing crimes in San Francisco, CA or catching guilty individuals after-the-fact. Unfortunately, a security system is not without some potential issues and drawbacks. First of all, there is the expense associated with a high-end security system. A state-of-the-art system installed in a professional environment, such as a school or office building, can easily cost hundreds of thousands of dollars. A second concern, and one that a lot of people fail to seriously consider, is the privacy aspect of constantly monitoring people as they come and go or go about their daily tasks.

Of course, there are some obvious places in San Francisco, CA where security cameras simply cannot be installed. In most cases, any area where an individual has a reasonable expectation of privacy, such as bathrooms, locker rooms, or changing areas, are off limits when it comes to cameras. In more public areas, however, it is often up to the management, administrators, or some other official to decide whether or not it is a good idea to have cameras installed.

One of the things that make individuals so leery about security cameras, especially in work environments, is that they feel as though the cameras are there to monitor their activities rather than keep them safe. It is easy to understand why a person may not like the idea of having somebody watching them all the time. In school settings, parents may be concerned as to who it is that actually has access to the recordings. To put it simply, nobody wants to be spied on in San Francisco, CA, especially if they are not actually doing anything wrong. Employers and business managers, however, often argue that an individual who is not doing anything wrong has nothing to fear when it comes to security cameras. Although this may be true, it represents a fundamental misunderstanding of how people feel about having their activities recorded.

In this day and age, we have come to expect that many of our day-to-day activities are recorded. From the security cameras at gas stations to banks, and especially in areas like airports and other transportation hubs, security cameras are there to monitor for suspicious activity and record individuals who are committing a crime so that they can be brought to justice. While most people are okay with the idea of being recorded while in these types of public areas, they are less comfortable with the idea of being recorded while they are working or going to school.

The justice system in this country promises that an individual will be considered innocent until proven guilty beyond a reasonable doubt. When a person is being recorded at their place of one or after school, however, they may feel as though things are the other way around. The constant scrutiny that people feel like they are under when they know that they are being watched often leads to individuals protesting the placement of cameras or the installation of this type of security system in the first place. In fact, it is not uncommon to find school boards who are having a difficult time wrestling with the issue of whether or not to install cameras in a school.

As cameras and security systems become more and more ubiquitous in San Francisco, CA, it will be even more important for the individuals responsible for the security of the people inside a building to determine whether or not it is worth forcing people to give up a bit of their privacy in the name of increased safety and security. While there are no easy answers, this is an issue that is definitely not going to be going away anytime soon.