How to Protect Your Outdoor Security Cameras From Lightning 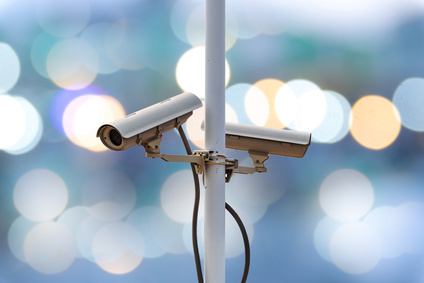 The popularity of CCTV ( Closed Circuit Television Systems ) and outdoor security cameras in San Francisco, CA is on a sporadic rise. This combination has proven to more effective in deterring petty theft, employee pilfering, vandalism or even burglary than conventional methods such as physically manning a building. In fact, the mere presence of cameras in a building is enough to discourage theft, regardless of whether the cameras are functional or not. That being said, outdoor cameras are increasingly becoming prone to environmental disturbances such as power surges and lightning strikes that could wreck unrepairable havoc to the camera unit and its adjoining components thereby compromising your home or business' security in San Francisco, CA.

Fortunately, there are several measures that you can take protect your cameras from such fatalities of weather, e.g., unexpected lightning strikes. Here is a quick primer on that.

1. Avoid mounting or installing the outdoor camera directly on a metallic structure. Instead, make use of PVC or fiberglass rods that are less likely to be struck by lightning. Bear in mind that a camera unit mounted on a metal structure is three times more likely to be hit by a than one on a non-metallic surface.

2. Ensure that the electrical wiring leading to the cameras is well-grounded to your building's structural foundation ( steel ) to reduce the chances of an unexpected power surge flowing back and reaching the main DVR unit via the connecting coaxial cables. It is advisable to use an additional 1-and-a-half inch copper strap connected as an alternative ground connector for maximum protection.

3. Ensure that you're using a power panel with sufficient circuit breakers instead of individual power supplies connected to the cameras. This effectively minimizes the possible damage that could be sustained should an unexpected power surge occur. Also, the power panel in question ought to used in conjunction with a UPS ( uninterrupted power supply ) and an external surge protector to achieve maximum protection against a haphazard power supply.

4. Employ an additional surge protector to lessen the chances of major damage to the DVR in the wake of a transient voltage or external power surge. Remember that a surge has the potential to not only blow up the electronic components inside the DVR but also weaken the connecting wires used within the system. In most cases, significant electrical surges will render a system useless after destroying a huge chunk of the main transformer core. On the other hand, a surge protector reduces the likelihood of such scenarios by redirecting the extra electrical power from a surge/lightning strike to a well-grounded outlet.

Having a UPS can be beneficial against three major types of electrical abnormalities - some of which can be a direct result of lightning strikes in a distributing substation. And this includes power lags, power surges and, more importantly, power failures. As far as this goes, two main UPS variations can be used with a regular DVR; a standby UPS and a Continuous Use UPS. The latter is usually more effective than the former in guarding against surges and, therefore, more expensive as well.

For proper installation of outdoor security cameras for your San Francisco, CA home or business, please call Security Integration, Inc. at 877-740-2509 for a free security analysis.