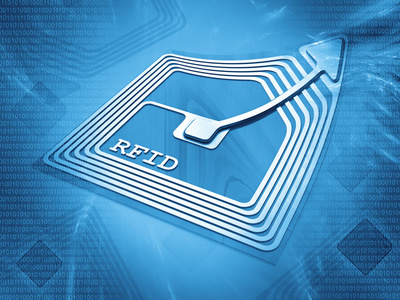 When you're shopping for security products in San Francisco, CA, you may notice that some products are advertised as containing "active RFID" technology, whereas other products claim to utilize "passive RFID" technology. In order to make an informed purchase decision, you'll need to know the fairly simple but significant difference between the two.

In general, passive RFID systems are very simple machines. They require a RFID reader, RFID antenna, and RFID tags. The tags themselves only have two internal components: the integrated circuit and the antenna. A passive RFID system's reader will detect when a tag enters its field range. It sends energy through RF waves to temporarily power the tag. The change in the RF wave is what lets the reader decipher the content from the passive RFID tag and make further determinations.

Because passive RFID tags don't require much to put together, they can be structured as either "hard tags" or "inlays." "Hard tags" can be made out of almost any material, from ceramic to rubber. Inlays are the cheapest way to go and look somewhat like stickers. They can be placed almost anywhere and be used effectively. Passive RFID tags are smaller and thinner than active RFID tags.

Active RFID systems are generally more complex than their passive counterparts. These systems also have three parts: a reader, tag, and antenna. However, these parts function differently than they do in a passive system. Active RFID systems, as mentioned above, have their own internal power source, typically a custom battery, that usually lasts between three and five years. Active RFID tags come in two main varieties: transponders and beacons. Transponder systems have the reader send a signal to the tag, and then the tag sends a signal with the information requested. These types of tags conserve energy. Beacons, on the other hand, do not remain idle until a reader sends them a signal. Beacons just broadcast information at certain intervals of time. These are most common in the industrial industry.

Finally, the main differences between active RFID and passive RFID system should be clear. Active systems require the tags to have their own power source, while passive systems do not. As you read, there are varying technologies built on the foundation of each of these categories, but not all of them are applicable to the security industry. Keep in mind that passive systems are generally easier to "autopilot" than active systems because you will never need to change out the power source. For small-scale applications, this is usually the way to go.