Daycare Security Is A Smart Investment 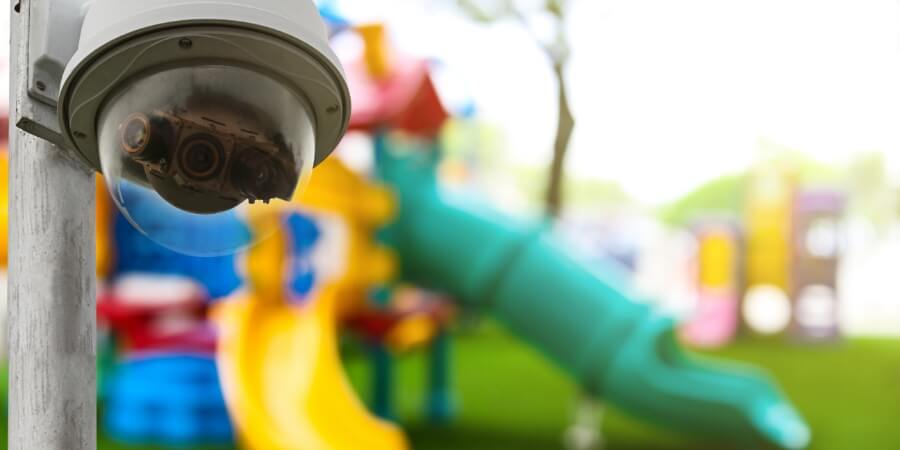 If you run a daycare or other childcare facility in San Francisco, CA, you are probably already aware of the heavy responsibility you bear. Children are, in one sense, one of the most important investments that any human being can make, and to be entrusted with the care of such children while the parents are unable to, is not something that should be taken lightly. Should anything negative happen to a child, such as an injury, abduction, or even death, the effects are traumatic and widespread.

This is why child safety is such an important concern for any San Francisco, CA daycare facility, and it’s not just supervising the children under care that is important. There needs to be an effort to ensure they are secure from outside risks as well. Daycare centers may actually be safer than the homes that children return to, but only if you take the appropriate security precautions.

This is a very basic, easy to implement precaution, and it can be done with minimal effort. This is just a matter of enforcing good professional practice for a daycare. A sign-in sheet means that visitors’ names and arrival times are always logged in. As long as the staff is diligent about manning the desk and making sure visitors sign in, this is a great way to safely monitor and control outside traffic into the daycare center.

Another very effective and not-too-difficult to implement security practice is ensuring there is a lock, or locks, between the entrance of a daycare and where the children are. Strangers should never have complete, unobstructed access to where the children are actually being cared for. At the minimum, traditional locks with keys should be in place, or, for extra security, modern access control systems, such as key pads, key cards, or other measures that reduce the risk of duplicate keys or lock picking efforts.

Security cameras can be a incredibly important tool in childcare. On the mundane side, a daycare under camera surveillance can easily settle arguments and/or fights among children with actual evidence of who started a fight, rather than going on a child’s word about what actually happened.

More importantly, however, cameras are a great crime deterrent. The presence of cameras ensures employees don’t commit crimes like theft, or even mistreat children because they believe no one is watching. But for criminal activity from strangers, especially if combined with other tools, like sign-in desks, good, verifiable images can be captured and used in both investigations and court to resolve criminal activity, such as unauthorized adults posing as relatives and making off with a child. Now there is much more concrete evidence of who a person is, and what he or she looked like, in addition to clothing, timestamp of activities, and even the reaction of the child.

Don’t take a chance with something as important as the welfare of children under professional care in San Francisco, CA. Get the security these children deserve and contact us to see how we can improve the security of your daycare.