Tips To Keep Your Home Safe This Holiday Season 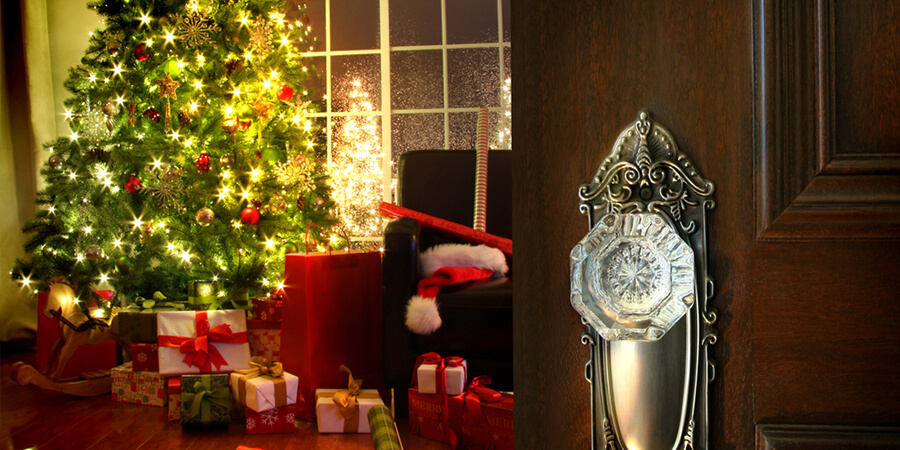 Now that Thanksgiving has come and gone, Christmas will be here in two shakes of a lamb's tail. Many people have already started their shopping, but they will likely continue buying more presents up until the big day arrives. Hence, San Francisco homes have all sorts of expensive gadgets, gizmos, pieces of jewelry, and more just waiting to be unwrapped. Family members work hard throughout the year to provide their loved ones with such things.

The last thing they want is for a burglar to come sneaking around and steal the items. Break-ins leave folks feeling vulnerable and scared, including those right here in San Francisco. It is notable to mention that most burglaries happen in the summertime. That is not to say that they can't occur in the winter, though. If a burglar sees a window of opportunity, he or she is likely to take full advantage of the situation.

Luckily, there are some things that San Francisco residents can do to prevent their holiday from becoming ruined. Thus, this post is going to focus on some tips, which hopefully will help you keep burglars at bay. So, curious persons should read on to learn more.

Think About Installing A Security System With Video Monitoring Service

Many times, burglars are only looking for quick and easy scores. They look for unlocked doors and windows, take the things that don't belong to them, and disappear without anyone noticing until it is too late. However, surveillance cameras often deter criminals. In other words, instead of taking the chance of becoming caught, the individuals will set off in search of a more suitable target. Then again, if a burglar decides to come onto the property anyway, the monitoring company will receive an alert. Then, they can contact the authorities to get them on-site promptly.

A mailbox stuffed full of envelopes and magazines is a tell-tale sign that nobody is home, and they probably haven't been for a little while. The same can be said for ten newspapers piled up in the driveway or on the front porch. Don't make a criminal's job easy on them. Instead, contact the post office and newspaper provider and tell them to cease delivery until you give the A-okay. Perhaps, thieves will believe someone is at the property then and bypass your home.

People have to get rid of all the boxes and packages that their presents came in after they get opened. It is usually easiest just to put the units out by the curb and let the garbage company take them away. This action could prove to be a huge mistake, though. If a burglar is scoping out the neighborhood, he or she will be able to see what type of riches the house has inside. For instance, if they see a 65-inch television box and another one for a PlayStation 4, they may return at a later time to rob the place. So, break the boxes down so that they will fit inside the trash can, or flatten them out and put them in your trunk until you can take them to the recycling station.