Which Are Safer? IP vs DVR Security Camera Systems 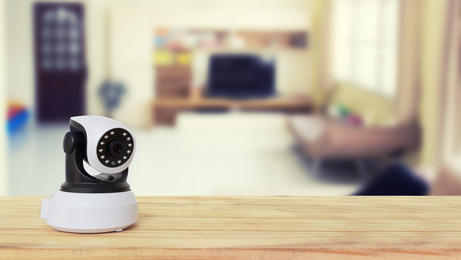 Apparently, there is a broad range of sophisticated security camera systems in San Francisco, CA which you may use for your home's security needs. Improvements in wireless and video technology have made full-color, full motion and high-resolution videos to become common features among a variety of safety systems. The prospect of installing a security system in your home ensures that your valuables and loved ones are protected. However, you must always do your research before investing in any particular one.

When you have decided to invest in a given security system, you'll encounter two types of cameras every time and again. To be more precise, you'll either have the Digital Video Recorder (DVR) based systems or the Internet Protocol (IP) based systems. So what's the difference between the two? Which system offers more security than the other?

So today in this particular post, we want to discuss in excruciating detail, all you need to know regarding the level of the security in DVR and IP security camera systems. Read on and enhance your knowledge.

What is the difference between DVR and IP security systems?

It is imperative to note that there are two major differences between the two; how the cameras and the recorder communicate with each other and the type of the cameras each system uses.

An IP-based network demands that every device should have its IP address. An IP address is more of a phone number. For instance, you dial a particular phone number, and you reach out to your buddy. That specific contact number will only connect you to your buddy in San Francisco, CA. In this regard, an individual IP address will often connect you to the device having that IP address. So if you have two cameras each having its IP address and a computer connected to your system known as NVR, the computer communicates to both cameras separately, identifying each one by its specific IP address. Bearing in mind that each camera has its unique IP address, the network video recorder knows what image came from what camera and stores them in an organized manner. The two cameras all connect to an Ethernet source.

On the other hand, a DVR system functions by having the cameras attached to the recorder by coaxial cables. The DVR is itself a computer and has a unique card inside it known as video capture card. This particular card has a single distinct connector for each and every camera. Typically, this is how it manages to identify what particular video came from which camera. The video card receives the analog signal from the cameras and converts it into a digital signal. The digital format is what gets recorded to the hard drive.

Typically, each security camera system utilizes a different type of camera. Whereas the DVR system uses analog cameras which don't need the application of addresses, the IP system uses digital cameras which may be configured with an IP address.

Now, what camera system in more secure than the other?

First and foremost, you should know that just like any other computer network, an IP system has similar issues. Any failure in your system can potentially disorient all our NVR and cameras. On the other hand, the cameras in a DVR system each have a somewhat direct connection, and this means that failure is usually limited to individual cameras. But, this doesn't entirely imply that DVRs cannot fail and bring down the whole system. But the chances are lower. Again, a DVR system requires very minimal maintenance so as to keep it functioning.

It is critical to note that if your IP camera network is connected to your regular network, you'll likely encounter problems such as malware and virus attacks. Because a DVR system can also be attached to the internet, these problems could also arise. Most importantly, when either NVR or IP camera is not protected by a secure password, it is virtually easier for an attacker to tamper with it. This means that you always use a personal password to enhance the safety of your system.

In general, the DVR security camera system has a slight advantage. Because most of them are often not connected to the internet, they are not prone to attacks. On the other hand, the NVRs are usually desirable targets because of their ability to process high-quality video cards. The GPUs on video cards are valued due to their capacity to mine Bitcoins.

Irrespective of the type of system you opt for, the best thing you may do is separating your security system in San Francisco, CA from the data network of yours. Again, you should consider your NV or DVR systems as any other device on your network. This implies that you must protect your system by a firewall and an antivirus and must be updated regularly as well.