How to Choose the Right Security DVR 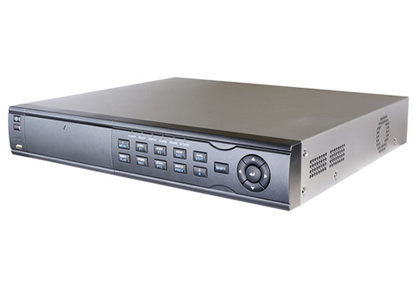 Since the development of technology, DVRs have been widely used in CCTV systems in San Francisco, CA. There are many brands of DVRs with high end unit or low quality unit in the security market in San Francisco, CA. The initial decision to make is what amount of money you are willing to spend and whether you need a high end unit or entry level unit to achieve your goals. Here are some of the key factors to keep into account.

DVR provide input for 16, 8 and 4 cameras. With a basic 4 channel setup, you can cover a large area by selecting a wider angled camera. However, you should not limit yourself to only installing four cameras. By going for an 8-channel DVR, you provide yourself with a room for future expansion. This can be quite beneficial especially if you find you have many black spots in your 4-camera setup. Having more channels available can be advantageous, but also keep in mind that have too many channels can also be a problem. If you are setting a security system in a small office, you may not require even a four camera DVR, and thus getting a 16 or 8 channel DVR can be a waste of money.

Higher end units come with a VGA output as well as a BNC output. Some highest end units also come with a HDMI output. Lower end units usually provide video output that requires the use f a BNC to VGA converter to view the DVR on a standard VGA monitor.

The storage capacity of a DVR is an important factor to take into account. Lower end DVRs usually allow for one to two hard drives. Highest end unit provide a storage capacity of up to six or eight internal hard drives. The most advanced DVRs provide for redundant storage (RAID) configuration and FTP uploads. FTP uploads are quite essential for enabling the DVR to back up video to an off premises FTP server when an issue occurs. This might allow the business owner to retrieve video of an intruder who even stole the DVR during theft.

Frame rate refers to the number of frames a DVR can record at given resolution each second. Real time is usually 30 frames per second. Therefore, to record real time video on 16 channels, you need a unit that records up to 480 frames per second (FPS).

These are just some of the key factors to take into account when choosing a security DVR. With a good understanding of these factors, you will certainly find the right security DVR for your needs.