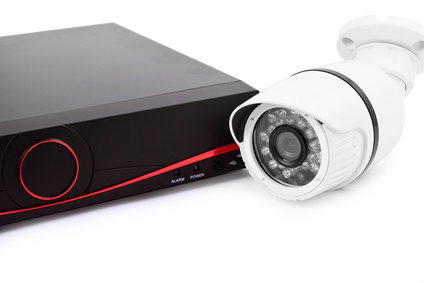 Surveillance in San Francisco, CA is very common in this age. In order to archive video footage recorded by surveillance cameras, it is very reliable to use Digital Video Recorders. Basically, a Digital Video Recorder is an electronic device that is used to record videos in digital format to a mass storage device. The basic components of a DVR include software, storage units and a computer hard disk that is all fused into a single unit that is capable of recording and storing video feed and converting them to digital data. These advanced technological devices have the ability to start recording based on the slightest movement through the use of motion detectors.

Since DVRs are associated with surveillance and security cameras, they are designed and developed in different sizes and for different security applications based on the user's requirement. A DVR may be small and may be easily concealable when dealing with a small surveillance camera or in some cases, they may be as large as a television device. DVRs also come with remote controls sometimes which enable a user to watch the footage over the internet from a different place other than in San Francisco. Basically, there are 3 different types of DVRs. These are as follows:

Normally, a PC based DVR can be integrated into a fully loaded surveillance station. The station will have hardware as well as software compressions which will run on a personal computer. A PC based DVR will consist of a video board, a network card, memory drive as well as a motherboard. They also come with a DVR capture card which will have the necessary requirements like video inputs or Ethernet ports for analog security cameras or IP-cameras.

The main advantage of PC-based DVRs is the fact that they do not have any limitations when speaking about storage spaces. The space involved with these recorders are expandable and flexible so that additional peripheral storage devices can be linked to it.

Analog signals are converted to digital signals and then compressed so that they can be stored in the storage space and then used for further processing. The system allows the search and retrieval of images and videos recorded at any instant of time.

In such systems, the device works as a solitary unit and can record analog CCTV footage and store it in hard drives and other external storage devices. The basic software required to run the system as well as additional software is stored on the chip images and videos are stored in a hard drive. These type of systems usually have multiple internal memory spaces and ports that allow connection of other peripheral storage devices.

The system uses a real-time embedded operating system that isn't accessible by an external environment. This makes the system more secure and safe from viruses and malware.

The uniqueness of this type of DVR is its ability to record multiple formats of video like analog CCTV footage and IP camera footage. It allows very smooth transition from analog to IP surveillance. However, the major disadvantage in this type of DVR is the lack of flexibility when compared to other types of DVRs. Because of its ability to accept more than one format of video, it doesn't have any video recording restrictions. This being said it is usually recommended to use analog recording in low-risk areas and IP camera to get high resolution when dealing with high-risk security areas. It is also very easy to manage the recorded analog or IP video data.